Typically, a closet allergy sufferer first gets a cold, which then triggers a cough that may persist for weeks. It may start at home and become worse in Las Vegas. Some doctors will probably prescribe an antibiotic and cough syrup. When this doesn’t help, a different antibiotic will be offered. In some cases, the cough grows so severe that it prevents sleep and may induce vomiting in children. Sometimes antibiotics alone won’t work because the underlying problem is not infection, but spasm and inflammation of the airways brought on by bronchial asthma. Since eight out of 10 doctors will not diagnose or treat this problem correctly, it may help to bring up the subject of asthma with your doctor. Asthma is treated with meteredose inhalers as well as inhaled and oral steroids, like prednisone. (Don’t worry, these forms of steroids are different from the dangerous anabolic steroids used by athletes that have received so much bad press; these types are safe when used for short periods.)

Asthma can also cause a sensation of chest tightness that can be mistaken for cardiac chest pain. This diagnosis will get admitted to the hospital to rule out a heart attack—not the way anyone wants to spend their precious vacation time!

Clues that you may have asthma include the following:

The flu is another illness that can ruin your vacation. A flu shot can prevent it, but most people neglect to ever get one. The hallmarks of flu are fever and muscle pain, though there will probably be upper respiratory congestion as well. The good news about the flu is that medicines like Tamiflu can now help to resolve it quickly. These medicines can be taken up to 72 hours after the onset of illness, but the sooner you take them the better. They all require a prescription. 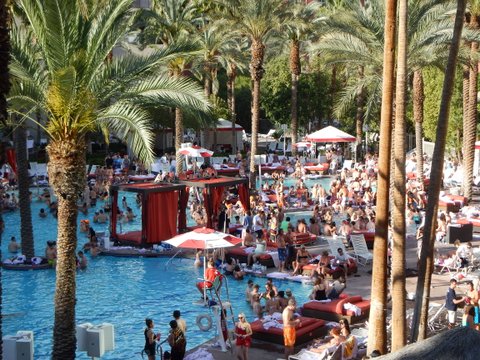 Stomach and gastrointestinal problems causing nausea, vomiting and diarrhea are another common ailment of travelers. If food poisoning is the problems should abate within 24 hours but may persist for days when caused by a virus or certain types of more virulent bacteria. In recent years, epidemics of viral gastroenteritis lasting several days have occurred in Las Vegas. Treatment involves replacing the fluids and electrolytes that are lost via diarrhea and vomiting. Antibiotics are only required when a virulent bacterial diarrhea is suspected; clues to this are fever and bloody stools. When lower abdominal pain accompanies diarrhea, more serious problems like appendicitis and diverticulitis (an infection in small pouches within the colon) must be considered. These conditions may require surgery.

Severe vomiting needs to be stopped with medication so that the patient can hold fluids; otherwise IV fluids may be required. I’ll usually give an injection of promethazine to stop vomiting, coupled with an opiate pain reliever, which slows down the bowels, diminishes discomfort and allows sleep. For 24 hours you should stick with clear liquids and soda crackers. After that, the diet can be gradually advanced to light foods like bananas, rice, applesauce and toast.

Gallbladder attacks are another malady I see regularly. Typically they come after the patient has been eating fatty foods and are most common in middle-aged, overweight women. This condition is dangerous because it can trigger pancreatitis—a potentially life-threatening inflammation of the pancreas caused by backed-up digestive juices. Pancreatitis results in severe mid-upper abdominal pain. Heavy binge drinking can also cause pancreatitis.

Anxiety or panic attacks are another common and frightening problem of travelers. Symptoms include chest discomfort and a feeling of breathlessness that results in hyperventilation. The hyperventilation, in turn, leads to numbness and spasms of the hands. Usually the victim doesn’t know what triggered the attack. ("Panic attacks come from out of the blue" was an ad slogan of a popular antianxiety drug.) Since panic attacks can mimic both asthma and heart attacks, a doctor’s evaluation is frequently required. Those who are aware they are having a panic attack can treat themselves effectively by breathing into a lunch-sized paper bag; the elevated carbon dioxide levels produced within the bag will slow down their breathing and help abort the attack. Prescription medication also helps.

Just remember that chest pain should always be taken seriously because it may be cardiac-related, which is potentially fatal. Pain in the jaw or left arm can also be of cardiac origin, as can a feeling of heartburn or indigestion. When cardiac risk factors such as family history, obesity, smoking and age are also present, a 911 call and a trip to the hospital is always the safest bet. Hotel security can help arrange this.